Poverty can be defined in many different ways, depending on what it means to you. In the West it could be not having a mobile phone but in the rural areas of Africa or Asia poor will be those without the access to the clean water, education or health services.

The problem of the poverty is still present. On my trip to Sri Lanka in 2016 I had a chance to see many rural areas, which cannot be described differently but as slums. Travelling on the train from a small village of Wadduwa to Colombo I got to see terrible leaving conditions. People leaving next to the seaside in the small houses built of wood, children playing with rubbish. It was different in Wadduwa, touristic place, with a couple of bigger and smaller hotels. The poverty have declined but there is no denial it does still exist. Urban areas tend to look different, the poverty is not as visible comparing to the rural areas where it is so significant. Regional inequality is the real problem.

There is another problem which stops Sri Lankan government from creating access to health and education, which is one of the steps that needs to be taken to stop the poverty. Sri Lanka is said to have one of the lowest rates in the world of the tax-to-GDP (World Finance, 2016). However, it would be hard for people to be paying high taxes if they do not have well paid jobs. In rural areas with poor industry and access to transport is hard to find other job than in agriculture. Where is the solution to be found in that case? 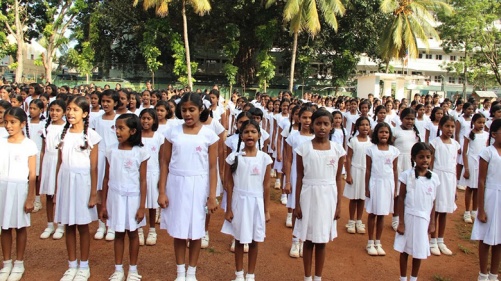 Tourism is probably one of the factors that could help Sri Lanka develop its economy. The beautiful country offers many attractions for tourists. Every year more people visit Sri Lanka to see the beauty of nature it offers. One of the ideas introduced by government to the poor is homestay for tourists (Dinesha Piyasena, 2018). They encourage people to engage in tourism by giving the travelers a place to stay in during their holiday. It can definitely be seen in Sri Lanka. While I was there in 2016 many households offered to stay in their houses, offering meals and experiencing the real Sri Lankan life.
It could be a very good idea as nowadays many tourists want to discover areas outside of the cities and hotels and get to know local people, foods and traditions and there is no better way than staying with the Sri Lankan family which to us, people of West is usually really cheap, but for them can be life changing.

The Million Houses Program (MHP) was introduced in 1984 (Alliance21, 2003). The program was meant to help in building houses across Sri Lanka and improving slum areas. Alliance21 says there was 249,004 housing loans and more than half of them were used in rural areas to help poorer families (2003). The MHP was calles one of the best programmes that helped building houses across Sri Lanka (Alliance 21, 2003).

Access to education is needed in order to give young people opportunities of finding well paid jobs in the future. There are many projects going on in Sri Lanka and one of them is Transforming the School Education System as the Foundation of a Knowledge Hub Project (TSEP) (The World Bank, 2016). It was created to promote primary and secondary education amongst young people, as well as improving the learning outcomes and training teachers. The results seem really good, 85% of students were getting education until 11th grade in 2016 when in 2011 it was 82% (The World Bank, 2016), which is not the biggest improvement but it is just one of many projects that Sri Lanka is working on.

Poverty in Sri Lanka is nowhere near the end. From my personal experience and other findings, it is clear that the ongoing problem of slums, lack of access to education, industry and job placements are still present. However, Sri Lanka is working towards their goals and hopefully the government will not lose the courage to fight the poverty so one day Sri Lanka can stop regional inequality.