President Trump’s America First agenda, to address his predecessors Policy failure that led to the declining of the U.S industrial and manufacturing might and glory of yesteryear. Synonyms to the nostalgically recalled “Make America Great Again”.

Donald J. Trump’s political ideology and strategic plan is isolationist with some Reformist principles. His recent trips to 12 Asian States for business deals amongst other matters is an evidence of his reformist agenda. Particularly his utterance of the 13th Nov 2017, during the trip is certainly a direct attack on Globalisation, and International Political Economy as we know it. Phrases such as “We cannot continue to allow China to rape our country and that’s what they are doing- Donald Trump”. Support this assertion. However, Jack Ma’s Brilliant response to same utterance, help re-enforce the facts that some of the key principles of Globalisation, and International Political Economy are partially responsible for the American’s declining industries and unemployment.   Jack Ma’s, 13th Nov 2017. Argued that “it was America Foreign and domestic policy for the past three decades that has raped the country”. The policy of outsourcing manufacturing and industrial work to China and Mexico etc. At the same period, U.S fight’s a total of 13 wars, spending 14.2 trillion dollars in the last 30 years on wars, as opposed to carrying-out infrastructural developments programme that would have created non-white collar Jobs for the middle & low-class citizens of United States, https://www.beingguru.com/2017/11/jack-mas-brilliant-response-to-donald-trump/ and https://www.graphicnews.com/en/pages/35927/POLITICS-Trump-tour-of-Asia#.Wgq5ou4CxpU.mailto

Furthermore, Thomas wright, also argued that Trump’s Protectionist ideology has three main under-pinning and fundamental principles, which are; firstly, his opposition to US Current Alliances, Secondly, his opposition to free trade; and thirdly his support for Authoritarianism. If these principles decrypted into policy by the current administration. This will finally lead to US forsaking the Liberal international tactics that President Trump’s predecessors have developed and practiced since after world war II, for the rebirth of a new World Order.  Thomas Wright further maintained and placed Trump’s foreign policy in an ideological and historical context purely on Trump’s fundamental principles, which are contrary to the past Republican president’s international affairs beliefs since the 1980s.   https://www.brookings.edu/program/foreign-policy/  With the above assertions, its seems like President Trump is strategically moving away from both parties and his forerunners Ideologies nonetheless maintaining certain concepts of the Republican party. Therefore, he is a Reformist with Isolationist conceptual perspective! According to “Perry, J & Perry, E (2009) A Reformist, aim to make incremental changes to existing society.

For instance, the withdrawal of the United State from being one of the signatory to the Trans-Pacific Partnership Negotiations and Agreement, in favour of bi-lateral one-on-one deals (TPP). That’s President Trump’s America First agenda failed to take into considerations the International Institutions rationale for setting up Trade Blocs. These alliances, they claimed enable Businesses to gain, ensure, and promote comparative advantage amongst members states and that it helps facilitate more efficient political unit in globalized world. Whilst those against setting up a Trade Blocs like President Trump argued that trade Blocs, promote trade diversion rather than free trade. it’s is protectionist (or more so) than states and that it distorts world markets Albrow, M, Eade, J, Washbourne, N and Durrschmidt, J (1995). 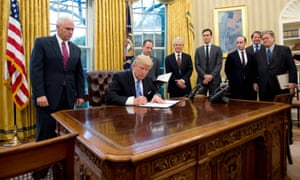 Trump’s decision not to join the Trans-Pacific Partnership (TPP) was expected. As in his opinion the international trade deals, are responsible for US citizens job losses and focusing anger in the industrial heartland. Although TPP was never ratified by the Republican-controlled Congress, but several Asian leaders had invested substantial political capital in it. Their countries represent roughly 13.5% of the global economy, according to the World Bank. Similarly, on June 1, 2017 President Trump pulled the U.S. out of the non-binding Paris Climate Change Accord, hoping to begin re-negotiations to re-enter the agreement and make it “fair” to the U.S. the same situation with Iranian nuclear deal, demonstrating another contempt for International Institutions. Trump presents himself as a businessman and as an anti-politician. He emphasizes on America First and tries to create easy environment for states that heavily rely on traditional energy as an industry. Trump proposed the America First Energy Plan, in which he intends to re-stimulate the U.S. fossil energy industry. 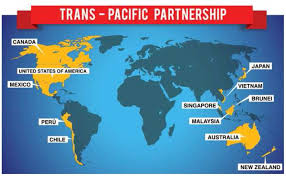 Smith, Lisa. “Globalization: Progress Or Profiteering?” Investopedia. Investopedia, LLC., 28 Jan. 2007. Web. 28 May 2015. Lisa argued that Globalization enables inward and outward investment and helps businesses move money around the globe, ensuring access to different markets. This is how Globalisation has enable the industrialized nations to profit from cheap labour around the globe and this process is known as outsourcing. She claimed that Globalisation also ensures skills and technology advancement that may not get to the developing nations swiftly, thereby enable them to catch-up with 1st world in that regards.  Critics of globalization argued that outsourcing is like a double-edged sword, in that hiring a firm outside your company/country to perform work that are supposed to be performed in-house usually affect jobs and eventually the country economy on long-term.  https://www.investopedia.com/articles/07/globalization.asp#ixzz4z6JoAieZ

OECD (1995) Globalisation: What challenges and opportunities for Governments? Paris: OECD

McRae, Hamish. 2017. “Donald Trump Vowed To ‘Make America Great Again’ – And Bombardier Shows He Doesn’T Care Who He Tramples On To Make That Happen”. The Independent. http://www.independent.co.uk/voices/bombardier-boeing-donald-trump-maga-us-american-jobs-free-trade-protectionism-a7970096.html. 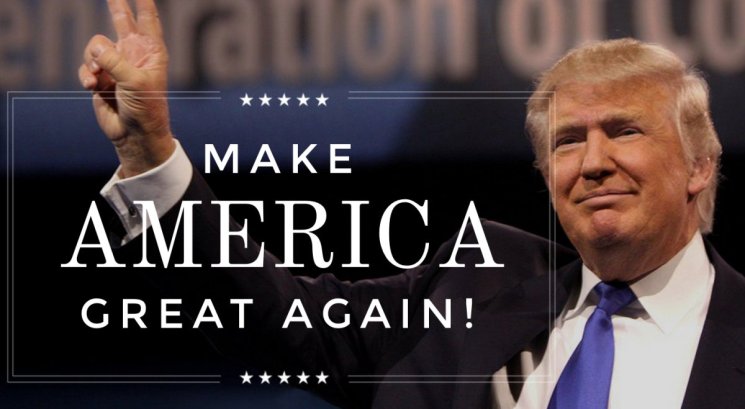 Will 8th Nov 2016 go down in the USA History as the most significant date, when America post-cold-war International Relation models suffered an irreversible crash? 8th Nov 2016, being the day Donald J. Trump was elected as American 45th President, using the Slogan “Make America Great Again”. Political philosophers worldwide will be examining the International Relation theory paradigm, norm and values and scrutinising how Trump’s ideology and practice (Protectionism & Nationalism) will impact on these beliefs.

Owing to the recent facts cited by Barbara Perry, director of presidential studies at the University of Virginia’s Miller Centre. She argued that “Donald Trump was elected because he has no military or political experience and does not recognise the political norms”. The absent of state credentials gave him the popularism amongst the disenfranchised communities that believe that the established political elites needs to be thought a lesson or two. For pursuing policies that have little and/or no positive impacts on their livelihoods. This lesson may prove too costly overall for the US International Relation that the past American presidents have taken years to develop. As the surge more, Marxist International Relation theory is now evidently being exhibited by the so-called disenfranchised voters.

Up until President Trump’s administration, his predecessors ensure US is one of signatory to TPP, Paris Climate Change Accord, Iranian Unclear deal, and normalising relationship with Cuba. For a while its seem like the world most advance communities are beginning to work in one accord.  Akin to the American folk hero, Henry Ford thinking on International Relation. Henry Ford (1863-1947) maintained that “Coming together is a beginning. Keeping together is progress. Working together is success.” For once, Henry Ford rational seem to be working for those 195 Countries Paris Climate Accord and the Five permanent members of the UN security council plus one (P5+ 1) till President Trump Inauguration on the 20th January 2017. 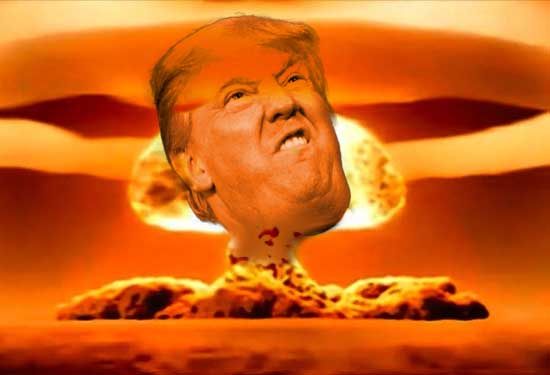 After his Inauguration he has dispensed several presidential memorandums in contrast to his forerunners. One of his first presidential memorandums is the withdrawal from TPP, which was issued on the 23rd January 2017. For the withdrawal of the United State from being one of the signatory to the Trans-Pacific Partnership Negotiations and Agreement, in favour of bi-lateral one-on-one deals, consequently, seeking economic dominant, as Marxist International Relation theory illustrates it, these are some of the factors that brings about change in the world. 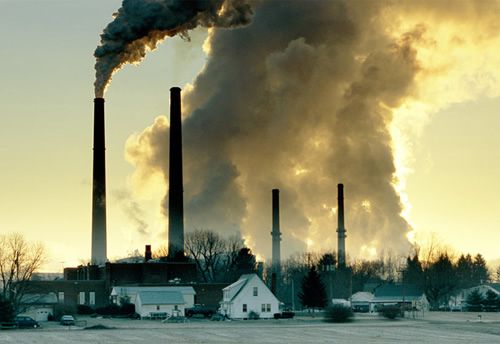 Similarly, the withdraw of US as a signatory to the 195 Countries Paris Climate Accord, which was agreed in December 2015, regarding the reduction carbon emission. This Accord is a unique global strategy to put the world on track to avoid treacherous climate change by limiting global warming to well below 2°C”. Again, in June 2017, Trump announced US intention of withdrawing from this Paris Agreement unless US can reengage on terms more favourable to the United States. This statement provoked other members states that are party to this agreement and who have already committed their countries resources toward achieving the set goals. The beauty here is the rest of the signatory remain committed to the Accord, who knows there might be light at the end of the tunnel

Therefore; It seems a shame that the Economic Nationalist approaches by President Trump’s administration, is against the International Political Economic rules of engagements that have being in existence for the pass four decade. One wonders if the 8th Nov 2016, was the rebirth of a new World Order, where anti-Globalists xenophobia will thrive over economic Liberalism.  Fela Durotoye (2014) “A nation is not defined by its borders or the boundaries of its land mass Rather, a nation is defined by adverse people who have been unified by a cause and a value system and who are committed to a vision for the type of society they wish to live in and give to the future generations to come.”

Adebayo Adeshina_Hendon_M00609152; The examinations continue for another 36 months and beyond.

McRae, Hamish. 2017. “Donald Trump Vowed To ‘Make America Great Again’ – And Bombardier Shows He Doesn’T Care Who He Tramples On To Make That Happen”. The Independent. http://www.independent.co.uk/voices/bombardier-boeing-donald-trump-maga-us-american-jobs-free-trade-protectionism-a7970096.html.